Gotta keep on keepin’ on, right? This week was all over the place… you’ll see.

Just your typical day in the office… Sara and I started our day off by tracking all of the tasks I could work on that needed to be done until mid-July or so. We got very specific and detailed from small things like a quick email to a more elaborate project like creating program briefs for all of the programs in 2018 to be ready for the budget committee.

Adult public programs (Sara, Moira, Tyler, Meg, and I) met for our weekly meeting to ask questions, problem solve, and share what is to come for the rest of public programs to learn later about.

The last thing I did was follow Moira, Tyler, and Cody (groundskeeper and CB’s botanist) to do a walkthrough of Chihuly Saturday Night with Dr. Don Steinkraus. Don is an entomologist at the U of A and CB’s speaker about fireflies for the annual firefly hunt! Typically this is a standalone event under the Discover the Grounds series, but since the Forest is a large and new space to use with a lot of traffic, it was best to use this activity as a special Chihuly Saturday Night.

I was there to provide advice, insight into what I’ve seen at the events, and answer certain questions Don had that neither Moira or Cody could answer. It really is peculiar that I am charged with such responsibility to know the ins and outs of such a large event series.

I had an enjoyable morning given that I did not have to be at CB until 2pm. Sara and I had our ‘official’ one on one meeting to continue that lineage of me receiving feedback from CSN from various people to pass onto her. This was also a moment of reflection to make sure I was doing the work correctly or what Sara had expected it to be.

We had our weekly education team meeting where we reviewed all of youth and family’s 2018 program briefs – so that took some time.

Once our meeting concluded, I isolated myself in the office, earbuds in, fingers flying away on the laptop to get as much done as I could. Three hours just flew by and before I knew it, it was almost 7pm. Sara said I could stay as late as I wanted, but keep at 30 hours/week’s pace.

I got a lot of work done. Many things checked off the list of tasks, and that was very satisfactory. Because of the pace and schedule of a typical day at CB, the longest amount of time I’ll have at the desk is only an hour and a half. Otherwise I’m bumping between meetings, shadowing Sara, or working an event.

Oh boy! Today was a doozy. The evening’s event was a performance lab with Sam Green and Brent Green centered around Buckminster Fuller. To be honest, I cannot tell you how the event was because I was babysitting Brent’s four month old baby! Now you see why today was a doozy. The arrangements were last minute and almost panicked, so I stepped up since that would reduce the costs associated with this event, and because I would be babysitting a baby…

I met for lunch at Eleven with Sara, Moira, and all of the performers before they had to do sound check and a rehearsal. Francis was fed by his mom before I took him for a stroll outside by the South lawn to put him to sleep. It only took about 10 minutes before he conked out and I returned to the green room where he slept for 30 minutes (yay!). When he woke up I picked him up and stood in front of the long mirror by the bathroom area, he really enjoyed looking at himself and would do little giggling. 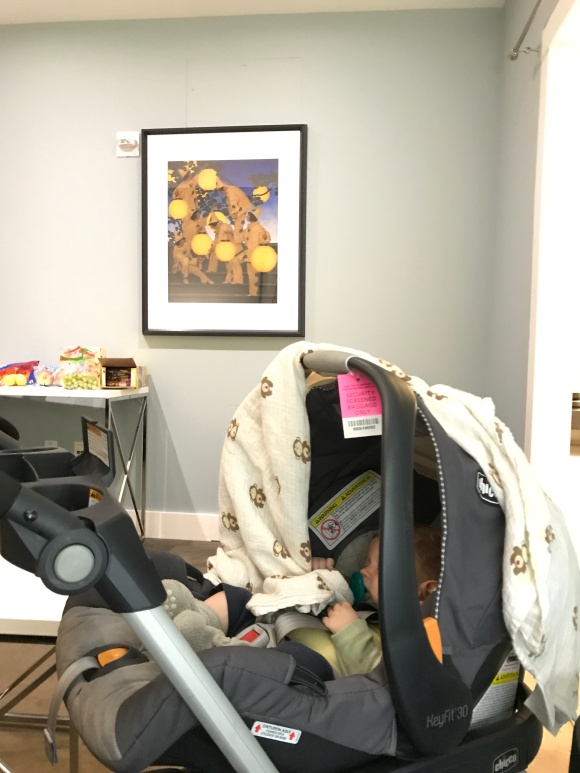 I tried taking him for a walk down to the education office because Meg said some people were excited about a baby, but that did not work too well. I had him in the stroller, but he got freaked out once too many people were trying look down at him. Plus I could tell that he was a hand baby since he did not really like the stroller unless he was trying to sleep.

Mom only had to come in twice to feed him, and put him to bed, which did not work out too well since he woke up only 15 minutes after his mom fed him, swaddled him, and put him to sleep. He was very cranky and cried for his mom. Once he settled down a little we walked around the hallways and looked at some art. Only one person thought he was my child…

otherwise my intern name badge was pretty obvious. Overall, he was great for a four month old to babysit. He was a mommy’s boy, but that’s ok since he’s still pretty little.

So, I was absolutely exhausted and smelled like a baby. I crashed SO hard that night. I still do not want a child for a number of years. Sorry, not sorry!

Chihuly Saturday Night was the last thing I really wanted to do after 7 hours of babysitting the previous day, but the show must go on! My usual getup of a simple dressy tank top with a dressy yet sporty grey skirt with Converses worked well with the day’s weather. Somehow this week as event leader was slightly more difficult than the previous week. Maybe it was because we had less volunteers or we had 1800 total guests that night… yep. Our performers was the Jake Herzog Trio and Handmade Moments. 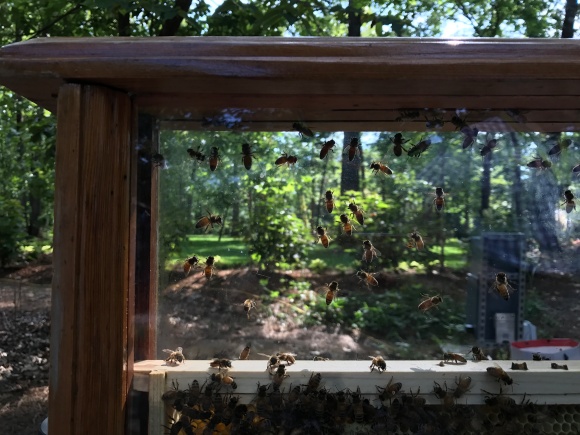 To keep things short, the event went well. We had more guests at this type of event than ever, people loved seeing the bugs and insects that Don brought, the firefly catching, artmaking, all great. Our only complaint was the turn into politics that Handmade Moments apparently brought up, even though it was only about environmentalism and the corrupt system of incarceration. Can’t please everyone. I walked my average of 20,000 steps for CSN. Again, another night I crashed hard.

I spent these two days sleeping in, going for bike rides, old episodes of Game of Thrones, and going to theatres to see Baby Driver. That movie was so fantastic. It had all the action you could ask for, a solid narrative, enough character development by a great assortment of actors, catchy soundtrack, and just enough blood, gore, and humor.

Yay, Happy Independence Day! I slept in, again. Went for a run, came back to watch old episodes of Game of Thrones, and later went to Orchards Park to grill up some burgers and hot dogs for dinner with a few other CB interns. The food was delicious, company was fun, and the atmosphere turned from great to meh. Mother Nature being Mother Nature decided to start raining 30 minutes before the fireworks show was to start. Thankfully I had brought my raincoat, so that was not such a bother.

The fireworks were shooting off only about a mile away, but still close enough that it was not a bother. As a typical show it was about half an hour long with some of my favorites shooting off at the end. The only thing missing from this year’s Fourth of July was the sense of family, sure the other CB interns were great company, but it’s a little disheartening.

I woke up with a huge stomachache and headache, to which I was surprised despite drinking plenty of water and getting enough sleep. I’m guessing that it was something I ate, oh well. I called in to Sara that I could not come in, to which she understood, especially after stating it was not because I was hungover or something but actually not feeling well.

My treatment? Ibuprofen, many glasses of water, many hours of sleep, and only solid food for my two meals.

*spoiler: I got to feeling better later that evening*

Have a fantastic week, everyone! 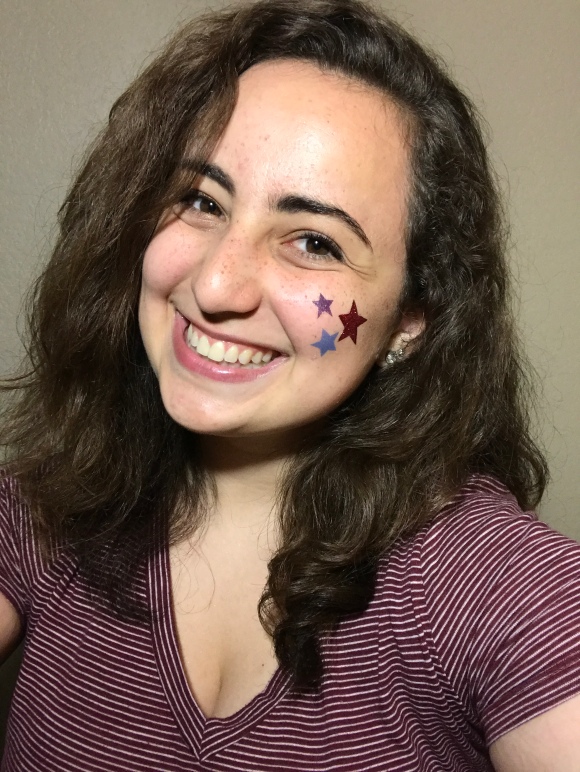 One reply on “THE Walmartville, USA”

So glad things are going so well. What a cool summer experience! Love your photos!! Thanks for sharing the experience with the rest of us!